Stunning old photos of Singapore you may not have seen before

Senica Photos would like to dedicate this post to our nation’s late founding father, Mr. Lee who passed on on 23rd March 2015.

With the long weekend approaching, the initial intention of this post was to feature Tanjong Pagar Railway station as a place to consider visiting over the weekend, as it’s only open on Public Holidays. However, while searching for photos of the station, I came across many old photos of Singapore which I have never seen. Familiar places such as North Bridge road, Bugis street, Chinatown etc, were barely recognisable.

Here are some of the amazing photos. Enjoy!

“Upper levels of a shophouse in the Chinatown area. Men engage in conversation on one level while children have a meal a level below them. An urn for religious worship hangs outside the window. A wooden box (right) based on the pulley method is used to haul food bought from street hawkers to the upper floors.”

The 145-year old Telok Ayer Market – one of Singapore’s historic landmarks – is to be preserved and renovated. But the Shenton Way part of it, which has no historic value, is being demolished. To Singaporeans, this market is known as ‘Lau Pa Sat’ or Old Market. – Singapore Press Holdings (SPH) 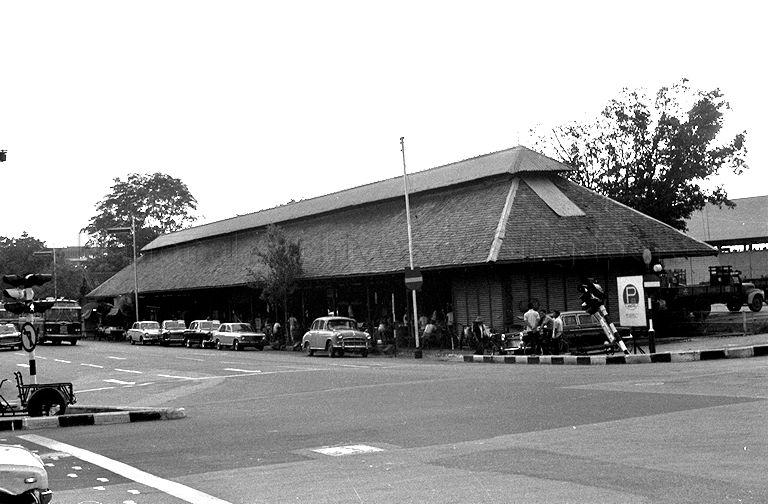 This was also the year street hawkers were told to move out.

According to the uploader, the samsui women in the picture were involved in the construction of a HDB.

52. The junction of Circular Road with North Bridge Road, undated

Located along Muscat Street and North Bridge Road at Kampong Glam precinct in Singapore. Designated a national monument in 1975.

Wow you made it here! 🙂 These old photos of Singapore illustrate our nation’s amazing transition into what we are today. We hope you share these nostalgic memories with your family and friends!

If you have any old photos of Singapore that you’d like to share with us, please drop us your photo at [email protected]!